By Steve Neavling and Loe Gold
Co-hosts of “Muckraker Report”

R&B icon R. Kelly expressed his love for Detroit late Thursday afternoon while grabbing grub downtown a day after performing a concert at the nearby Little Caesars Arena.

“I’m having a great time here in Detroit, man,” R. Kelly said in a candid interview with Superstation 910AM reporter Andre Ash, who tracked down the Grammy Award-winning singer in Greektown.

“I always loved the D,” R. Kelly said. “The D reminds me of Chicago, man. It’s like my cousins up here. I’m always having fun where I’m celebrated, not just tolerated.”

Sporting a red Bulls hat, Versace sunglasses and a camouflage hoodie, R. Kelly was upbeat and playfully swiped the microphone after Ash approached him on a sidewalk.

Asked about the concert, R. Kelly said it was “off the chains.”

R. Kelly was downtown for a late lunch at Five Guys restaurant in Greektown.

“About to get it in,” he said with a grin. “Five hotdogs, five fries, five cokes. Everything five.”

During the concert, a small protest gathered outside the arena to call attention to his long history of sexual abuse allegations.

Investigative reporter Steve Neavling and Loe Gold co-host the “Muckraker Report” on 910AM on weekdays from 11-noon. 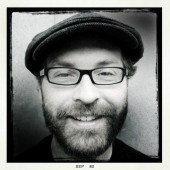 Rep. Maxine Waters responds to those who targeted her with bomb threats: ‘I ain’t scared.’

White Woman Pulls A Gun On Black Couple Having A Picnic